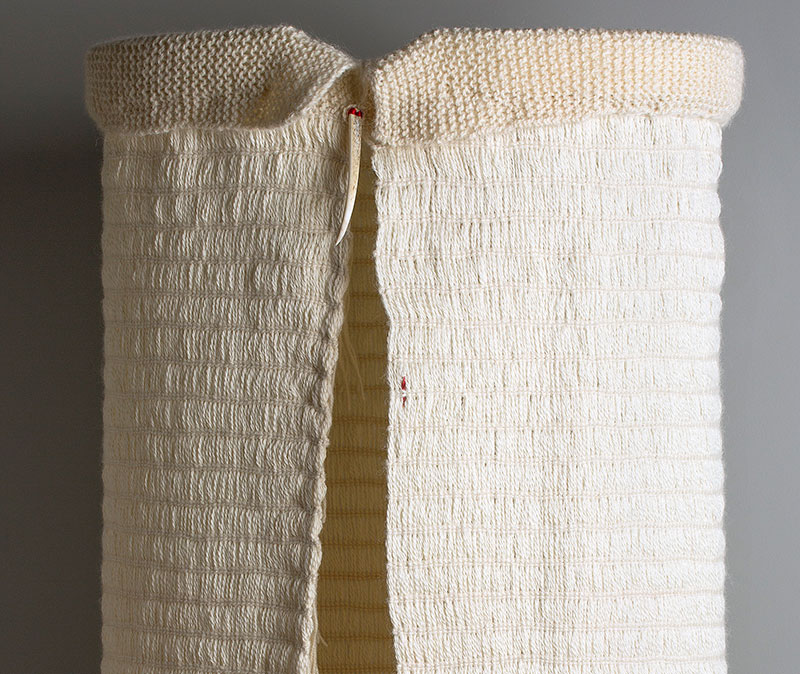 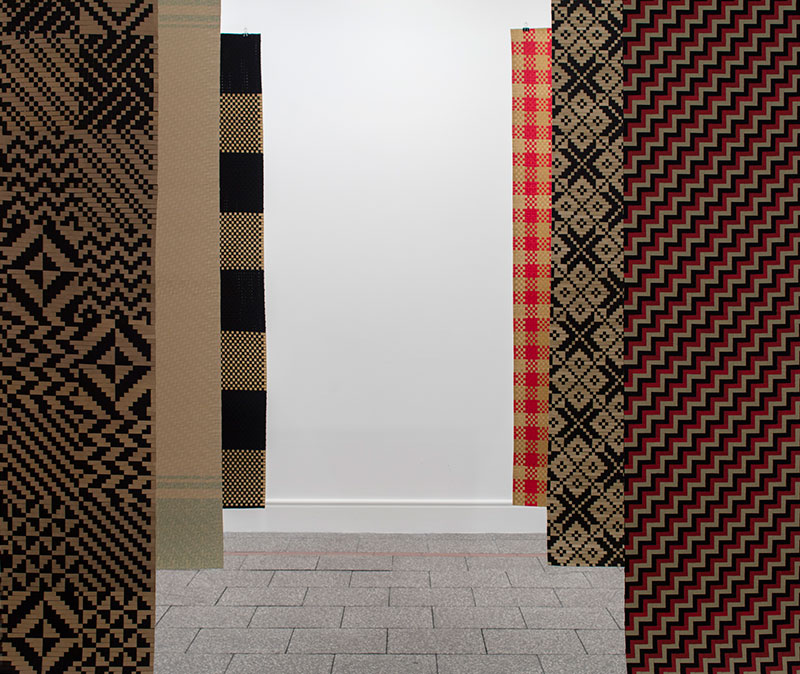 "My works are an adaptation of traditional weaving patterns put into my own artistic format. Each whariki possesses its own story." - Alexis Neal

By incorporating traditional Maori weaving patterns with the relief printed medium, Alexis Neal breathes life into the common whariki. Traditionally regarded as an object utilised with great mana, the whariki Alexis produces today spawns an earnest meeting of both tradition and modernity. The conclusive embodiment of the two engages with notions of past and present, cultural identity and our current material culture.

Primarily, the back bone of Alexis Neal’s practice is printmaking, incorporated with the study of Maori weaving. The combination of these interests has made her push the print medium into three dimensions, where weaving works compile multiple layers of colour and patterning. In effect, Alexis constructs an arena for these whariki to stand within the contemporary context.

Speaking on her 2016 exhibition ‘Korero Tuku Iho; A Traditional Narrative’ exhibited at the Gus Fisher Gallery, Alexis states ‘The exploration of culture, the value of history and the complexities of human connection are contemplated, to show how artefacts can be both personal adornment and remnants of material culture. Here, the Maori story is reinterpreted using European materials. It’s a simple, effective weave. It is social and personal, cultural and human. It includes you.”

Alexis Neal earned her Bachelor and Graduate Diploma of Fine Arts in 1997, and went on to complete a Masters degree in Fine Art Media at the Slade School of Fine Art in London in 1998. Following her education, she has occupied numerous teaching positions in both academic and community settings, working with the wider community.

Alexis has exhibited extensively in New Zealand in both group and solo exhibitions since the mid ‘90s. She has also participated in international exhibitions in London, Melbourne, Sydney, the United States and Norway.

In my dreams stands a ‘Whata’, an elevated store house isolated, hidden in an abandoned land.

Inside is a collection of very rare artefacts, personal belongings to a high ranking chief. Fine woven mats lay on the floor of the house and placed on top is a Marereko, of twelve Huia feathers bundled together as though once it was attached to a war weapon in battle.

The remains of a cloak also lay bundled around weapons and pendants almost to protect them.