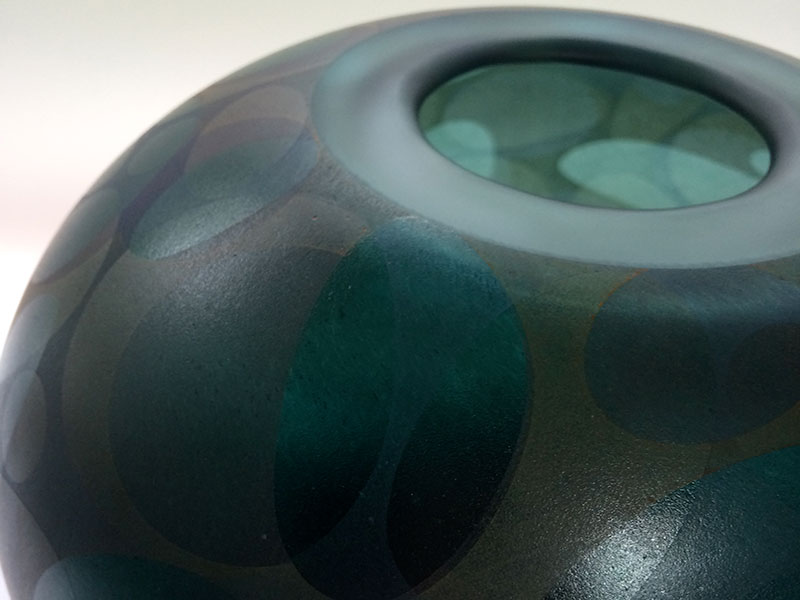 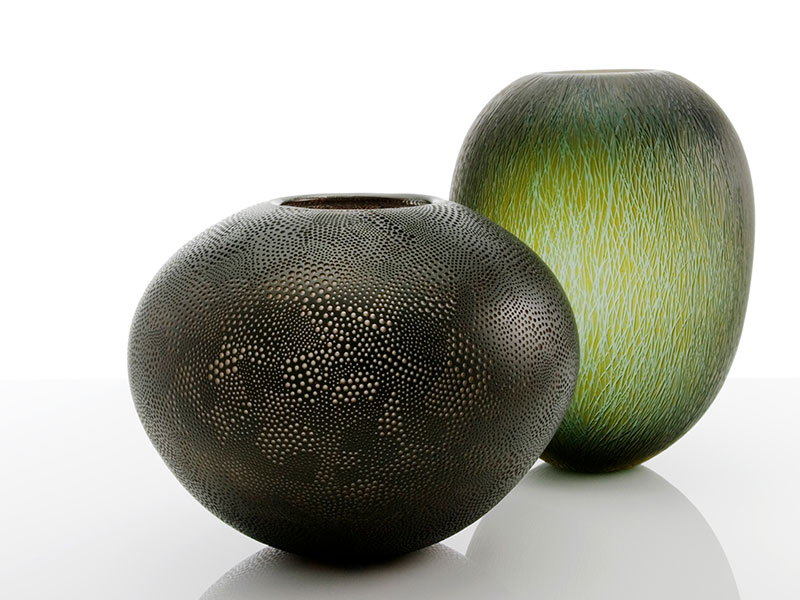 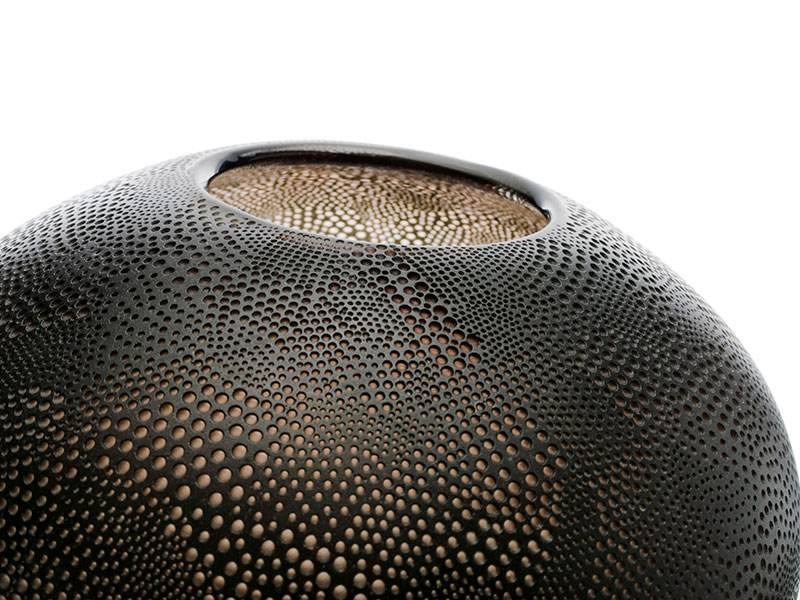 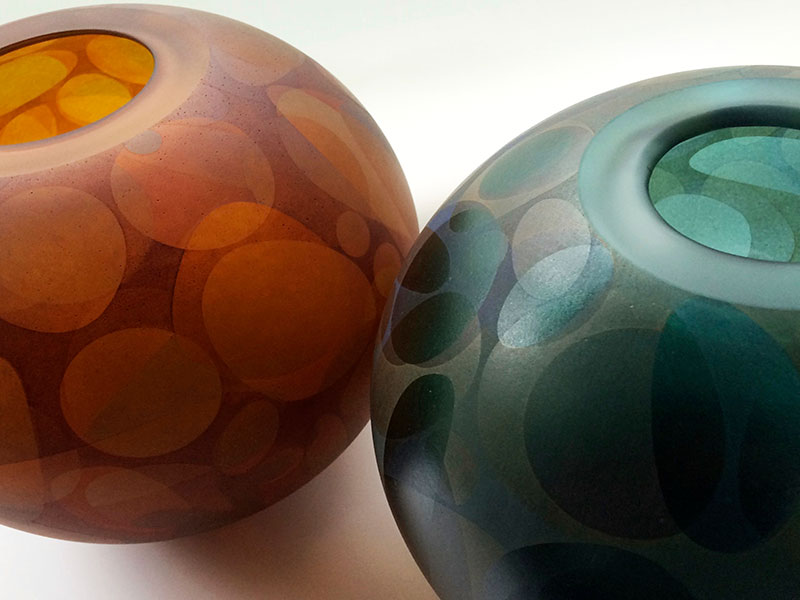 "The working of the surfaces is at times precise, defined – sometimes spontaneous, random. I am drawing and printing, in a sense, upon and into the surface and in doing so, revealing another layer or aspect of the character of the piece." - McClure

Elizabeth McClure is a Scottish/New Zealand glass artist. Since the completion of her formal studies in glass at the Edinburgh College of Art in 1980, Elizabeth has lived, worked, and taught in Scotland, England, Eire, the USA, Japan, Australia, New Zealand, and Iceland. During this time she has exhibited worldwide in solo and group exhibitions.

Arts writer Kathy Hunter states: "Elizabeth’s work also includes the cut-glass effects that she’s well-known for – blanks are incised, engraved and blasted with stone, diamond and sand to create highly considered patterns. Some are dotted with incredible precision, some criss-crossed with meticulous lines – this exposure of their layers of colour create beautiful depth."

Elizabeth has been the recipient of a number of prestigious awards and is recognized for her considerable contribution as a teacher, most significantly for her role in the development of the glass programme at the renowned Canberra School of Art in Australia and previously as one of the first foreign teachers of glass in Japan, where she lived for 3 years in the late 1980s.

She has also played an active role in the promotion of the glass movement and activities through her involvement with numerous glass organizations. She was the President of Ausglass (1991-1993) and convened the first International conference in Canberra.

I have moved once again...
from here to there
shifting time and space
like dappled light
we stop
but for a moment
absorbing rainbows